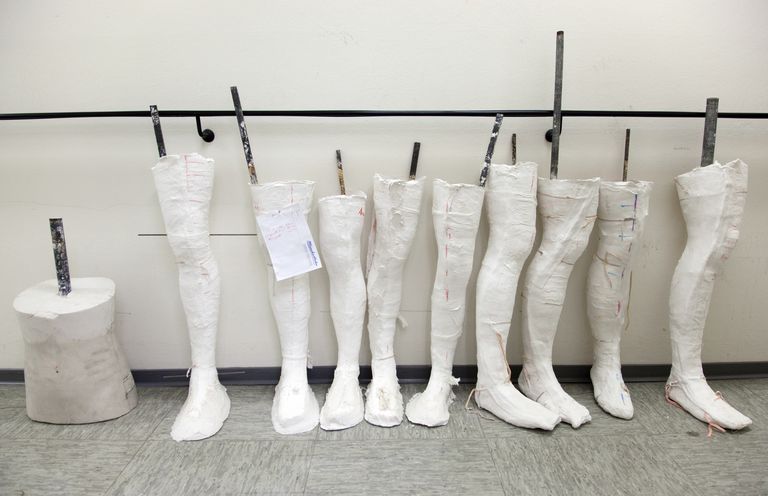 Immobilisation of injured limbs has been performed for thousands of years and starch-based casts were the standard treatment, with only minor changes, until the beginning of the 19th century.

Many centuries before it was introduced as a cast material, Plaster of Paris (PoP)* was well known as a building material. Egyptians and Romans used it for plastering their walls. There are various accounts describing the origin of the name with one mentioning King Henry III, who visited Paris in 1254 and was so impressed by fine white walls that he introduced similar plastering in England where it became known as Plaster of Paris.

The first use of PoP as a cast for injured limbs was a technique known as plâtre coulé that became popular in Europe at the beginning of 19th century. This technique involved pouring PoP around injured limbs encased in a constructed wooden frame. Due to the weight of the construct, the patient was largely confined to bed during the period of fracture healing.

In 1839, Lafargue of St. Emilion used fresh warm starch paste mixed with PoP powder over layers of linen strips. The dressing had the advantage of hardening much faster, reducing setting time down to six hours. The Dutch military surgeon Anthonius Mathijsen, while working at the military hospital in Haarlem, discovered that bandages soaked in water and PoP were becoming hard within minutes providing sufficient casting for injured limbs. This method of preparation was used until 1950.

In 1906, Meisenbach published a 24-page study on PoP bandages in the American Journal of Orthopaedic Surgery. He argued that a plaster dressing must be thin, strong, quick to set, lightweight and breathable.

Use of plaster of Paris bandages for fracture casts became widespread after Mathijsen’s death and replaced most other forms of splintage. Early plaster bandages used at hospitals were made by nursing staff. They were usually freshly made from plaster powder kept in airtight containers that were then applied on to the woven bandage or strips of cloths. Care was required while soaking the dry bandage because the plaster was prone to falling off the bandage and dissolving in the water. In the early 1930’s, the first commercially manufactured bandages were available in Germany. They were made by spreading plaster mixed with minute quantities of volatile liquids on soft cloth.

Properties of plaster of Paris bandages have not greatly changed since their first use in the 19th century. Plaster is still used widely around the world as a cheap, non-irritant and easy to apply technique for stabilising fractures while they heal. As quoted by AJ Steele in his article from 1893 on the use of plaster of Paris in orthopaedics;

“The property of rapidly hardening when once wet, gives to plaster its value. Additionally it has merit in its cheapnesss and convenience; it is ever ready, is easily prepared, and simple in its application”.

*PoP (2CaSO4.H2O) is calcium sulphate with water. It is prepared by heating gypsum (CaSO4.2H2O) at 120°C to allow partial dehydration. When mixed with water, it gives out heat and quickly sets to a hard porous mass within 5 to 15 minutes.