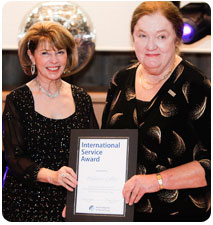 In 1976 the Australian Journal of Physiotherapy published an article by Prue Galley titled ‘Patient referral and the physiotherapist’. This article was a synthesis of the debates and arguments about whether Australian physiotherapists were ready to act as primary contact professionals. Galley asked:

Have we as physiotherapists, the knowledge, the courage, the will and the vision, to take this independent step, knowing full well that it will involve increased responsibility, greater dedication, and self-discipline from us all?

Accepting this challenge, the Australian Physiotherapy Association (APA) repealed its first ethical principle, which stated that ‘It is unethical for a member to act in a professional capacity except on referral by a registered medical or dental practitioner’, and on 14 August 1976 physiotherapists in Australia became the world’s first first-contact physiotherapy practitioners. The move was perhaps the most significant change to the profession’s structure in its one-hundred-year history.

The change was not taken lightly, but one that grew out of a sense that the profession had matured and that it was time to move beyond its close association with the medical profession. At the time, the APA’s action caused significant argument in the world physiotherapy community. Not all countries were comfortable with the move, as a subordinate role to the medical profession was the preferred model for physiotherapy practice in many jurisdictions.

A debate was subsequently scheduled at the World Confederation for Physical Therapy’s (WCPT) 8th General Congress held in Tel Aviv. The Australian delegation went to Israel in 1978 with a proposal designed to enable each member country to set its own standards in this regard. Australia expected to encounter significant resistance – to the point that the Association was prepared to be expelled from WCPT if the motion did not pass…

For more information about Prue Galley a review article is available here: https://issuu.com/nursingpost/docs/issue_3_-_ebook/10