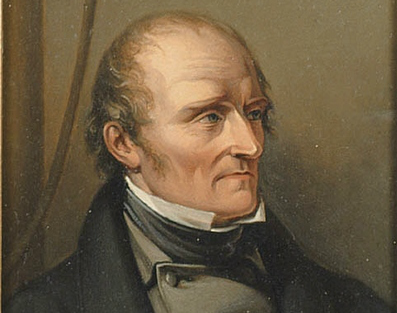 The history of the modern physiotherapy profession may arguably be traced back to 1813 when Swede, Per Henrik Ling founded the Royal Central Institute of Gymnastics (RCIG) in Stockholm (Ottosson, 2015). The name used by the graduates of the three year training program was ‘Sjukgymnastik’ (sick – exercise) and until very recently remained the professional title used by Swedish physiotherapists.

Whilst the graduates of the RCIG successfully spread the benefits of their profession across Europe their title did not export as easily. The German’s translated it directly into ‘Krankengymnastik’, whilst the Dutch modified it to ‘Heilgymnastik’ (Terlouw 2007), where ‘Heil’ means ‘salvation’. Elsewhere in Europe terms like Medical Gymnastics, Swedish Gymnastics and Nordic Gymnastics were used.

Progress to 1847 where RCIG graduate Lieutenant Carl August Giorgii is in Paris and needed to find a title more palatable to the French tongue, whilst also differentiating the profession from the increasing number of non-RCIG trained competitors, including physicians. He consulted linguistic expertise and produced the term ‘Kinesietherapie’, where ‘Kinesis’ means spontaneous or supervised movement (Ottosson 2010). The term continues to be used by French (and some of their former colonies’) physiotherapists.

Back to Germany, where in 1851 the military physician Lornz Gleich first used the term ‘Physiotherapie’ in one of his articles published in his book Physiatrische Schriften (1848–1858) (Terlouw 2006). This term continues to be used by German physiotherapists today.

The Anglicized version, ‘Physiotherapy’, first appeared in Canada in 1894 when Dr Edward Playter presented at the Rideau and Bathurst Medical Association and later that year published in the Montreal Medical Journal (Korobov 2005).

The application of these natural remedies, the essential of life, as above named, may be termed natural therapeutics.  Or, if I may be permitted to coin from the Greek a new term, for I have never observed it in print, at term more in accordance with medical nomenclature than the words hygiene treatment commonly used, I would suggest the term, Physiotherapy.

The term ‘physiotherapy’ was adopted around the British Empire and became the most commonly used by the profession.

Language derivations of the ‘Physio’ prefix like ‘Fiso’, ‘Fisio’ and ‘Fisicos’ are used by Southern European nations and their former colonies. Similarly the Netherlands and some of its former colonies use the prefix ‘Fysio’.

American’s flirted with the term ‘Physiotherapy’ until as late as the 1940’s but ultimately chose the uncontaminated “Physical Therapy” to differentiate themselves from the many quack practitioners in their country who were using the term ‘Physiotherapy’ (Linker, 2005). Just like Europe’s earlier colonial influences, post-World War II geopolitical interest by the United States in some Asian and Middle Eastern nations likely contributed to their local adoption of the term ‘Physical Therapy’, eg., Korea, Japan, Phillipines, Saudi Arabia.

Linker B. 2005. Strength and science: Gender, physiotherapy and medicine in early-twentieth-century America. Journal of Women’s History, 17(3),

Ottosson A. 2015. One history or many herstories? Gender politics and the history of physiotherapy’s origins in the nineteenth and early twentieth century. Women’s History Review, 25(2), 296-319.

Ottoson A. 2010. The first historical movements of kinesiology: Scientification in the borderline between physical culture and medicine around 1850. The International Journal of the History of Sport, 27(11), 1892-1919.

Terlouw, TJ, 2007. Roots of physical medicine, physical therapy, and mechanotherapy in the Netherlands in the 19th Century: A disputed area within the healthcare domain. The Journal of Manual and Manipulative Therapy, 15(2), E23–E41.