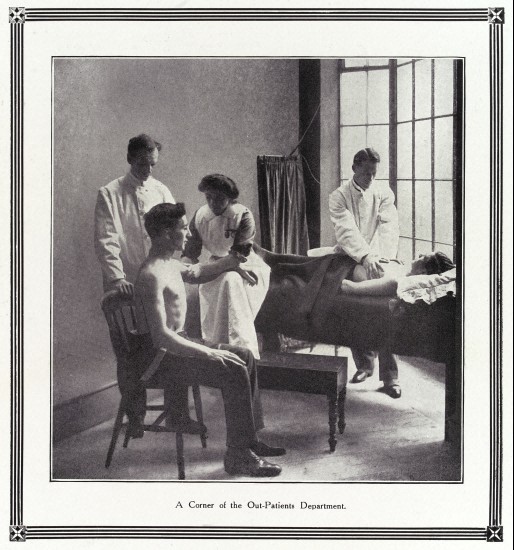 In the most female world of women’s health physiotherapy (female pelvic health problems treated by female practitioners of a female dominated profession) it comes as a significant surprise to learn that it may have all started with a male Swedish Army Major in the middle of the nineteenth century.

Historian, Anders Ottosson, in his article ‘The Age of Scientific Gynaecological Masseurs” explains how Thure Brandt, an officer from the most masculine sphere – the art of war – managed to advance so far into the most feminine of spheres – women’s wombs.  The following passages from the article offer a glimpse of how it came to be.

First, Brandt had not gained his interest in healthcare through his regular military training but from his training (1842 – 1844) at the Royal Central Institute of Gymnastics (RCIG) in Stockholm. The RCIG was a government-sanctioned institute designed to train physical educators, that also became the world’s first formal school for physiotherapists. The main bulk of its students were army officers sent there under general orders.

According to Brandt, the embryo of his inner gynaecological career was formed in 1847, when he was treating an infantryman, not a woman. The soldier suffered from prolapsus ani (rectal prolapse), which Brandt cured successfully with a “front to back upward-acting pneumatic shaking.” How this occurred practically is not easy to decipher, but it appears that the prolapse was first replaced (“lifted”) manually followed by the aforementioned shaking technique. It was a traditional physical therapy movement/manipulation that did not require hands working “inside” the body.

The experiences gained from this event came in handy several years later when Brandt studied a medical work on prolapsus uteri (prolapsed womb). If Brandt is to be believed, he then had an epiphany of the classical sort often found in the narratives of great inventors in the history of medicine and the sciences; the truth hit him like a “bolt of lightning”. Why could a prolapse of the womb not be restored in the same manner as a rectal one!” After further consultations of anatomical literature, he became convinced that this was the case.

In the summer of 1861 an opportunity arose for him to try out his theory. A forty-seven year-old mother of five who for a long time had suffered badly from a uterine prolapse came to his clinic. In recent years, she had even been forced to suspend her sagging womb with a kind of “halter”. Brandt brought the uterus back into place manually and followed up with a “supported opposite-lumbar-tapping”. Besides the actual replacement of the womb this treatment was also an “outer” practice. Everything went according to plan and after two weeks of repeated “tappings” the woman’s problem went away and the prolapse never manifested itself again.

The reputation of the successful treatment quickly spread and Brandt soon had rich “material” of this type to work with. It is somewhere at this stage, in the early 1860s, that he began to develop his method to include inner massage techniques, which did not hinder his continued success. His clinics were flooded with patients, and like the keen-to-learn physicians many travelled very far to get there.

Gynaecologists in the 1880s and onward who were keen to avoid dangerous surgical operations considered uterine massage a powerful weapon in the battle against female diseases. A passage in the German gynaecologist Anna Fischer Dückelmann’s widely dispersed book from 1905, Woman as Family doctor (Die Frau als Hausärztin) reads:”Whosoever has learnt from a physician that she has a folded womb or an anomaly in the position of the womb, should prioritize nothing other than to allow skilled hands to undertake this inner massage”.

Brandt himself did not anticipate that his method would be so completely taken over by physicians and female physiotherapists. The risks of “overstrain” made him believe that doctors would not use the method more than occasionally. And whilst Brandt realised that female physiotherapists could be useful in handling parts of the intimate method, there was the big problem of size and muscles. Women’s “lesser strength and shorter fingers” could rarely perform the treatment in a satisfactory manner.

The full article explores Brandt’s pioneering work in the surprising context of its Victorian time and is available at http://shm.oxfordjournals.org/content/early/2016/05/02/shm.hkw013.abstract