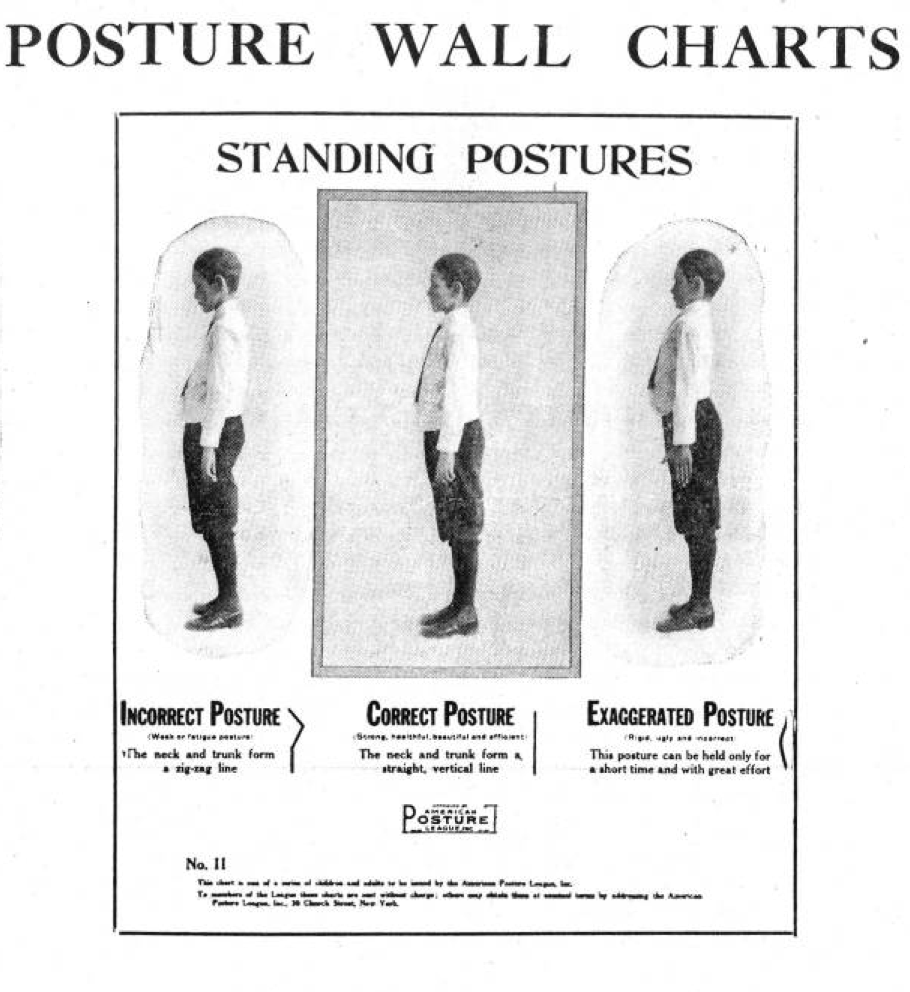 Beth Linker’s work should be required reading for physiotherapists.

Her latest project – a book titled Slouch: The Forgotten History of America’s Poor Posture Epidemic (due for publication in 2020) traces the history of America’s fascination with posture and how upright standing came to mean so much to health reformers, including physical therapists, in the 19th and 20th centuries.

In a recent interview for Penn State University, where she works, Linker talks about how ‘Poor posture, flat feet, and curved spines were all seen as bodily weaknesses that demanded medical attention, lest the health of individuals and the nation spiral downward.’

Poor posture was framed as a ‘non-contagious epidemic’ and one that fed into end-of-the-century fears for the moral fibre of the young population, with the same stigma attached to slouching as obesity carries for people today.

Before her career in academia, she worked as a physical therapist. Posture evaluations were part of nearly every physical exam she conducted. Yet while these evaluations were intended to identify weaknesses in patients who already suffered from an injury, posture exams were once part of a universal screening process in many schools, universities, and other institutions, including the military.

Linker’s previous work had explored the birth of the rehabilitation movement after World War I (Linker 2011), and earlier gender and professionalisation in early physiotherapy (Linker 2005a, 2005b).

Her work is always superbly critical and, like the work of Anna Cardon-Coyne (2009), brings some of the more taken-for-granted aspects of physiotherapy practice to life.

Physiotherapists often think that their work is not political.  Linker’s analysis of the management of scoliosis suggests otherwise