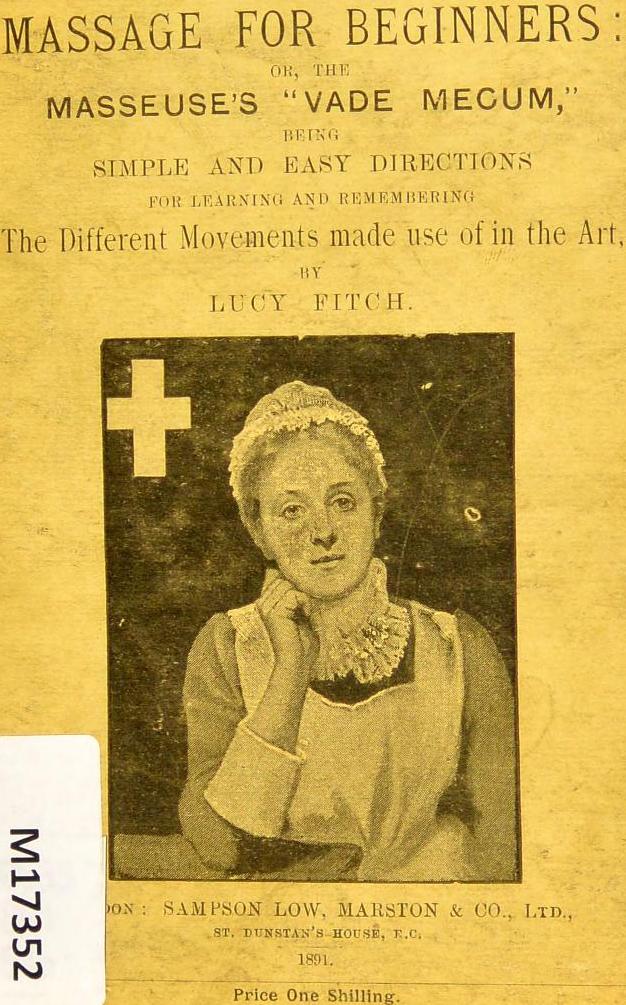 Last year we began work on the first ever special issue Physiotherapy Theory and Practice dedicated to the history of physiotherapy, and today the project moved a step closer.

All eight draft papers were sent off for peer review today, and we’re posting all of the draft abstracts here so you can see the breadth of material now starting to become possible as the profession looks more closely at its history.

The history of Mensendieck: A herstory and the story of the early professionalism of Mensendieck in Norwegian physiotherapy education

Historically, light treatment has been used in both medical and physiotherapy practice. From its roots in ancient Greece through to medieval times, the modern renaissance in ‘light as therapy’ was begun by Florence Nightingale who, in the 1850s, advocated the use of clean air and an abundance of sunlight to restore health. Modern light therapy (phototherapy) had a marked uptake in use in medicine in Scandinavia, America and Australia from 1903, following the pioneering work of Nils Finsen in the late 19thcentury, which culminated in Dr Finsen receiving the Nobel Prize for Medicine for the treatment of tuberculosis scarring with ultra violet (UV) light, and treatment of smallpox scarring with red light. Treatment with light, especially UVB light, has been applied by physiotherapists in hospitals for dermatological conditions since the 1950s. In parallel, light treatment for bilirubin was used for neonatal jaundice. In the 1980s, laser light was first used to improve regional myocardial perfusion the heart, along with many other applications in medicine including dermatology, orthopaedics and ophthalmology. These applications have paved the way for emerging uses of light in therapy in Australia, including UVB for treatment of multiple sclerosis by Professor Prue Hart, red light LED treatment for retinopathy of prematurity by Professor Alison Kent, and use of photobiomodulation (non-thermal light therapy) for the prevention and treatment of heart surgery complications by Professor Hosen Kiat. The interactive partnership between physiotherapy and medicine in the parallel historic use of light as therapy, allows for trials with new and promising forms of therapy, and enables expansion of the scope of practice of physiotherapy. The innovative uses of light occurring in treatment today would not be possible without the previous experience of successful application of light treatment.

The Professional Development of Physiotherapy in Germany from a Gender Perspective

The history of physiotherapy in Germany goes back to the mid-nineteenth century. In the early twentieth century, physiotherapy established itself as a form of therapy and became a working field specifically for middle-class women. The two leitmotifs of the incorporation into the medical sector and the self-image as a feminine profession have shaped the discussion about the development of the profession up to the present day. This article draws on historical research regarding the emergence of the physical culture and life reform movements as expressed by the middle-class concern with gymnastic exercise a social and ideological background to this period, as well as on gender research regarding upper and middle class female employment opportunities in the social and health care sector.

Narratives of the history of Physiotherapy from some countries of Latin America. A glance from the stories and experience.

From a historical point of view, Physiotherapy in Latin America tends to be generic, having dangerous implications in the Physiotherapist’s empowerment and neglecting their effort to promote the evolution of the profession. This article, through critical analysis, aims to explore some territories of the South American Physiotherapy’s history with a perspective from its political context and the socio-cultural structures that go further than polio rehabilitation. To achieve this purpose, this paper reconstructs memories from some activist physiotherapists from Colombia, Ecuador and Argentina, who have seen, lived and promoted the development of Physiotherapy in their own countries; In some cases they have been in the history from the beginning of institutionalisation and had experienced the legitimate recognition process and its changes.   Historically the Southern region is underpinned by Swedish influences, while the North American superpower has motivated some parts of the Northern region. Records suggest about physiotherapy practices and equipment even before the first cases of Polio, which underline a more extensive history. After institutionalisation, both Colombia and Ecuador – as Catholic, conservative, and chauvinist countries; kept the caring duties and the social implications to the women.  In Ecuador, male doctors were the first to undertake Physiology and Physiotherapy training. While Argentina avoided these gender issues for years, its story has other political convulsions that drove physiotherapist facts. With a focus on the narratives built during Polio and post-polio, this article discusses the official stories and the perpetual myths surrounding the profession.

Enhancing and facilitating change or optimization of body awareness and movement behaviors have been sustained throughout history as central objectives in physiotherapy (WorldConfederationofPhysicalTherapy/WCPT, 2018). This paper will describe and explore orthopedics, as oneof the historical roots of physiotherapy in Norway. Focus will be on the thoughts and practice of orthopedistGunder Nielsen Kjølstad (1794-1860). No in-depth historical investigation has previously been conducted on his method, to our knowledge. Despite that he is, in a Norwegian context, one of the forefathers of physiotherapy. He was unique for his time in the sense that he did not limit himself, but drew on vast array of disciplines, among them geometry, physics, and dance. Fundamental to his treatment method, was that he developed his own pedagogy that rested on the active participation of the patient, an approach that stood in stark contrast to the established clinical practices. Through his approach, he developed a treatment for crooked backs, which constituted a historic break with the common treatment procedures of the 19thcentury.

Women building the Science of Physiotherapy more than a hundred years ago: examples and writings

The progressive development of the Science of Physiothera-py over centuries culminated in the nineteenth century and has been consolidated since the early twentieth century, with a promi-nent female role.
The physiotherapeutic practices carried out since the end of the 19th century, served as a basis for the important presence of Physiotherapy in the health services the countries that fought in First World War, facilitating its further development.
This process had a great female participation, and in this ar-ticle we cite examples of women who have been protagonists of the Science of Physiotherapy since the end of the 19th century, as physiotherapists, as teachers and as writers of specific bibliography (books and articles), and these women helped to consolidate the professional associations.

The formation of a profession: The case of physiotherapy in Norway

Any profession progresses both through interaction and in conflict with adjacent professions. Physiotherapy in Norway is a case in point. Its history is characterized by disputes between physicians and physiotherapists over the division of labour and responsibility. Fundamental in these disputes have been issues of control over training and tasks. Offering an account of the most important milestones in the history of physiotherapy in Norway, this chapter shows how physiotherapists struggled to become part of the country’s health services and how they strove to achieve public authorization and to allocate to the state – not the medical profession – the control over the education of physiotherapists. In the health sector and educational sector alike, the pivot of gendered processes of changes was the relationship between private and public interests.

The role of neurasthenia in the formation of the physiotherapy profession

Neurasthenia was one of the most commonly diagnosed disorders in the later years of the 19thcentury.  Its most widely used treatment, known as the Rest Cure, relied heavily on physical therapies, but little is known about the practitioners who administered the treatment. In this paper, I argue that the nurse-masseuses who delivered the massage and electricity so vital to the success of the Rest Cure, used the opportunity to develop approaches to treatment that would form the backbone of the physiotherapy profession in England and elsewhere after 1894.  Drawing on extensive primary and secondary evidence, this study argues that the management of neurasthenic cases in the 1880s and 90s created the conditions necessary for the physiotherapy profession to emerge.  Read through the critical sociological writings of Magali Sarfatti Larson and Anne Witz, I argue that the work of the nurse-masseuses can be seen as a complex gendered negotiation between the need to be deferential to the dominant male medical profession; distinct from emerging notions of the angelic, motherly nurse; obedient, technically competent and safe.  The creation of a space in the clinic room for a third practitioner who could deliver a different form of care to the doctor or the nurse, established an approach to practice that physiotherapists would later adopt almost without amendment.  I argue that this approach owes much to the work done by nurse-massueses who established and tested its principles in treating cases of neurasthenia.